75 years on, we ask you to walk 10,249 steps a day. For every step taken you will be honoring one Allied casualty from the first day of the landings. The success of the D-Day operations marked a significant moment in the path to Allied victory on the Western Front in World War II.

The money you raise will help fund the vital work that SSAFA provides to support men and women in the Royal Navy, the Royal Marines, the British Army and the Royal Air Force, whether veterans from the Second World War, young men and women who have served in more recent conflicts, or the brave families who support them.

Sign up here to receive your free challenge pack and step tracker: https://www.ssafa.org.uk/d-day-step-challenge

Why not start your own fundraiser? It's so easy to get involved... 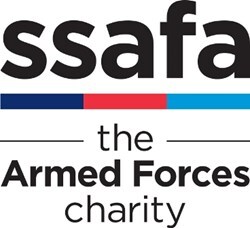 SSAFA, the Armed Forces charity, has been providing lifelong support to our Forces and their families since 1885. Every year our staff and team of volunteers help more than 82,000 people, from Second World War veterans to young men and women who have served in more recent conflicts. We ... Read More

Top fundraisers for this cause

SSAFA's D-Day Landings Step Challenge
Enlist today and take part in SSAFA's D-Day Step Challenge to commemorate 75th Anniversary of the D-Day landings that took place on June 6th, 1944. 75 years on, we ask you to walk 10,249 steps a day.

You are about to remove the message and all replies. Do you want to proceed?